The popularity of drones in the United States as well as in other countries is on a rapid increase. Indeed, drones are now used in some applications which are categorized into recreational and nonrecreational (commercial) applications. In addition to that, the regulatory framework guiding the use of drones in the United States has gradually changed.

One of the most recent of these changes is the introduction of what is popularly known as Part 107 regulations which make it mandatory for those who fly their drones for commercial purposes to get certified.

Certification is received when commercial drone pilots take and pass the FAA remote pilot test also known as the FAA Airman/ Aeronautical Knowledge Test. It is important to note that drone pilots who strictly fly for recreational purposes do not require certification under Part 107.

This guide is meant to help prepare those planning on taking the FAA aeronautical knowledge test and to set them up to pass the test.

It is impossible to pass the exam if one does not qualify to take it. The following are the requirements for taking the remote pilot test;

a. One must have attained the age of 16.

b. Individuals must have proficiency in reading, speaking, writing and understanding English (except where one is unable to meet either of these requirements due to a medical reason such as hearing problems).

c. Individuals must show that their physical and mental conditions allow them to operate small Unmanned Aerial Systems safely.

d. Individuals who meet the requirements for taking the FAA remote pilot test should start with identifying the state and the city where they desire to take the test. The FAA has approved around 700 testing center all across the nation, and prospective pilots can choose to take the test from any of these facilities.

e. The FAA remote pilot test is described as an objective test comprised of 60 multi-choice type questions. Each question has three possible answers/choices, and each question is independent of the other questions. The pass mark for the test is 70% (equivalent to getting 42 questions right). Additionally, those taking the test are given 2 hours each to complete it.

f. Individuals who do not pass the FAA aeronautical knowledge test can retake the test after 14 days have lapsed. However, just like first-time takers of the test, re-takers will also have to pay a fee of $150 everytime they retake the FAA remote pilot test.

Knowledge Areas Covered in the Test

The FAA remote pilot test covers knowledge areas in 5 specific topics on small UAS. These include the topics of; 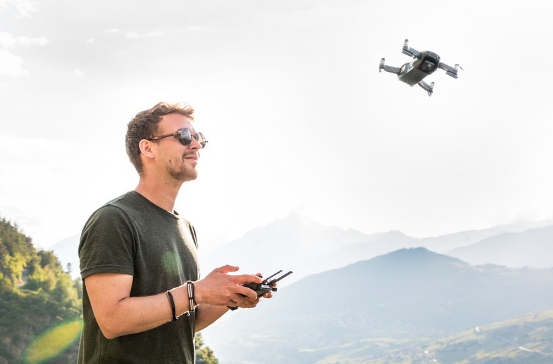 This guide is comprised of a total of 87 pages and is one of the most important references for those who are preparing to take the remote pilot test. The guide is freely downloadable from the FAA website and covers the 12 knowledge areas of the remote pilot test in a short but comprehensive manner.

According to those who have taken the remote pilot test and passed, it is important to understand the Visual Flight Rules (VFR). Thus it is more critical to read through and understand the VFR terms and VFR symbols.

3. The Weight and Balance Handbook

Drone pilots, just like passenger aircraft pilots, are members of the aviation community in the nation. This manual is designed to provide basic flight information and basic Air Traffic Control procedures applicable in the United State’s National Airspace System (NAS).

This document is meant to help provide improved guidance on issues to do with remote pilot certification, aircraft registration, aircraft marking, aircraft airworthiness as well as the operation of unmanned aircraft systems in the nations National Airspace System. The primary aim of the document is to help people comply with the requirements set out in Title 14 of the Code of Federal Regulations Part 107 (14 CFR Part 107).

The ACS is designed to help potential pilots to pass not only the knowledge test but also the practical test for certification.  It achieves this through the provision of standards highlighting what the pilot applicant needs to know, consider and do to pass the tests.

The ACS will also help pilots understand why they need to know certain things. This is made possible by matching specific knowledge with specific skills. This makes it an important document for anyone hoping to pass the FAA remote pilot test.

The FAA remote pilot test is a part of the new regulatory framework introduced for small unmanned aerial systems. As such, it makes perfect sense to read through and understand title 14 of the CFR part 107.

On the Exam Day

According to the FAA, individuals must meet certain guidelines and regulations on the day of the test. Some of the guidelines include;

Candidates are allowed to use any of the reference material that accompanies the test. Applicants may also use scales, protractors, plotters, log sheets and even electronic and mechanical calculators directly related to the pilot test.

The prohibition of magnetic cards, computer chips, magnetic tapes or other devices which candidates can use to store and retrieve information related to the test.

It is also important to note that cheating is strictly prohibited when taking the FAA remote pilot test. In fact, any individual found guilty of cheating in the test will have his/her airman certificate revoked. In addition to that, the FAA also prohibits individuals caught cheating from applying or taking any test under part 107 or part 61 for a whole year.

The FAA provides some guidelines to keep in mind when taking the actual remote pilot test.  First, it is critical to read the instructions given in the test carefully and keenly.

Individuals should answer questions based on the most recent regulations and most recent guidance publications.  Those taking the test should keep in mind that there is only one possible answer to every question.

In the case of issues that involve calculations, it is important for those taking the test to choose the answer that is closest to the solution they obtain.

Also, it is of critical importance for anyone looking to pass the FAA remote pilot test is to read and understand every question carefully and the problem it presents before trying to solve the question.

In the United Kingdom, for example, those who fly drones weighing under 20 kilograms need not receive UAV training. On the other hand, when it comes to flying drones for commercial purposes, pilots in the United Kingdom must learn how to fly responsibly, receive necessary CAA training and subsequently receive CAA permissions.

For pilots to receive permission to fly drones commercially in the United Kingdom, they must;

Demonstrate competence in remote piloting. This includes showing a clear comprehension of aviation theory (including airmanship, aviation law, and good flying practice). It is also crucial to pass a practical flight test.

Demonstrate an ability to develop basic procedures meant to guide the type of flights one wants to take part in. Pilots must highlight these in the operations manual.

Unlike the FAA which runs the FAA remote pilot test, the Civil Aviation Authority (CAA) does not organize or run any drone-related assessment courses. Instead, the CAA approves certain organizations to carry out these assessments on behalf of the CAA. These approved organizations are called National Qualified Entities (NQEs). It is possible for pilots to get the list of NQEs on the CAA website portal.

Before applying for permissions, it is important to keep in mind some factors;

Firstly, the minimum age for one to fly commercially is 18 years.

One must complete a training course with an Approved Training Organization (Training must include theoretical knowledge as well as proper flight instruction).

Drone pilots intending to apply for a private license particularly in the commercial operation of unmanned aerial systems must demonstrate a comprehensive understanding of 4 main subject areas;

More specifically, those seeking permission are advised to read on topics regarding;

The next step after taking and passing the theoretical exams is to take a practical skill test with a qualified examiner. More importantly, those undertaking the practical skill test must do so using the same type of aircraft or class that the pilot intends to fly in future.

For the skill test, it is necessary;

It is quite clear that the FAA remote pilot test is more standardized and more stringent than the CAA equivalent which is merely a “permission” to fly commercially. Nonetheless, both types of certification are meant to ensure that there are sanity and safety in the commercial drone industry. The tests are therefore of paramount importance to all drone pilots who are dedicated to flying safely and responsibly.

This site uses Akismet to reduce spam. Learn how your comment data is processed.